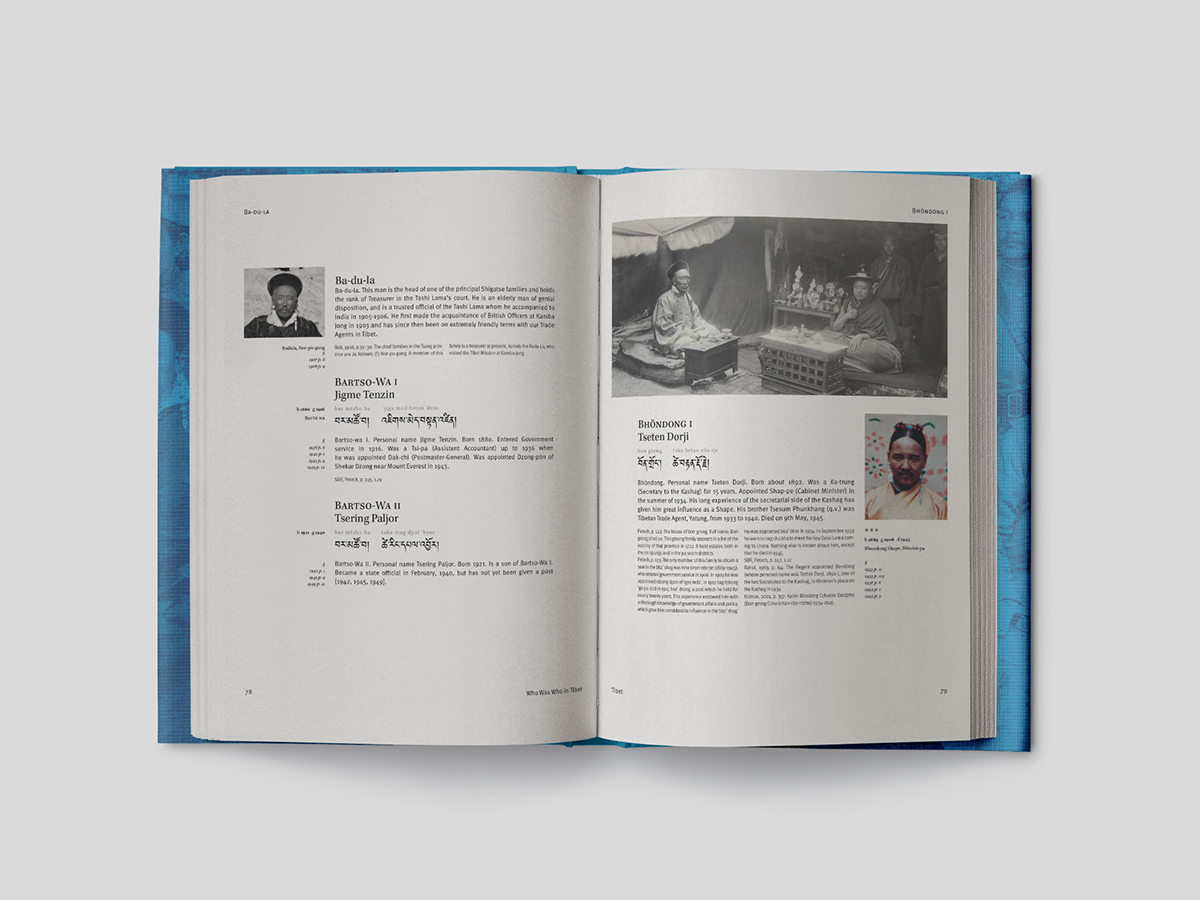 Who Was Who in Tibet

Who Was Who in Tibet – Officials from Tibet, Bhutan, Sikkim Through British Eyes 1900 – 1954 is a glossary based on surveys of the region’s officials, religious figures, and members of the leading families done by the British colonial rules of the Indian Subcontinent.

The book format is rather wide (20 cm wide and 25 cm high) and the encyclopaedic texts flow through a complex but flexible layout of 3 columns with a clear information hierarchy. Most of the text is in English. The proper names appear in their original languages and scripts: Tibetan, Sanskrit and Chinese.

The book was edited by Frank Drauschke.